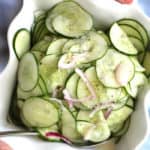 When some friends recently asked if we could keep an eye on their gardens, we happily obliged. Mike, Theo (our six-year-old pup), and I went over on several nights to pick veggies – cucumbers, tomatoes, and zucchini. Their gardens are on the decline now (it’s getting HOT in Texas!), but I brought home several cucumbers, lots of cherry tomatoes, a couple of peppers, and a few HUGE zucchini squash.

While I was picking, Mike was observing, and Theo was peeing on every bush he could find. 🙂

So many memories of Mom’s cucumbers.

We practically lived on cucumbers during the summers in Iowa, when Mom and Dad had a plentiful garden. There planted every year, and we were blessed with large bounties of tomatoes, cucumbers, carrots, beets, onions, cabbage, lettuce, potatoes, and green beans. All of these were summertime harvests, so during the winter months, it was back to mostly canned or frozen veggies.

Mom made THE BEST cucumbers. I remember her using her mandoline slicer

(see below) to slice the cucumbers. She would soak the cucumbers in a salt mixture overnight, and then prepare the dressing the next day. They were sweet, crunchy, and often times, full of onions – per Dad’s requests.

My recipe is a light version of cucumbers.

Instead of sugar and half and half, I used honey and Greek yogurt in the dressing. I also used celery seed, salt and pepper to bring out the flavors. Dad probably wouldn’t approve of this lighter recipe (because he LOVED Mom’s cucumbers), but it IS good, and a healthier alternative to Mom’s recipe.

If you don’t have a mandoline, you can slice the cucumbers as thin as you like. I used the smallest setting to get a very thin slice, and then soaked them in the dressing in a large Tupperware.

Be VERY careful when using a mandoline slicer

. The blades are razor sharp, and I learned the hard way one time when I was too busy talking while slicing, and ended up with a large deep gash in my finger. ALWAYS use the protector when the vegetable gets smaller as you slice.

You can stay up-to-date with SueBee Homemaker by:

I’m also sharing tidbits of my life on Instagram. 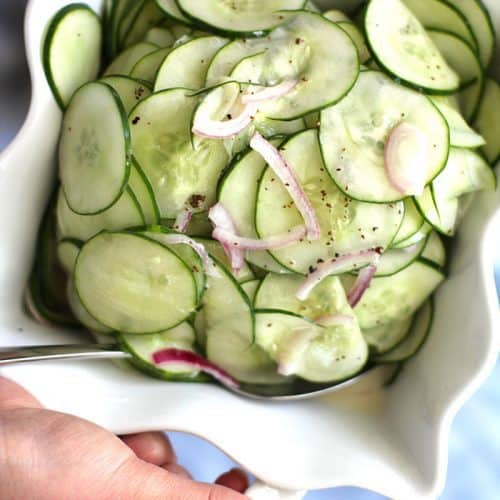 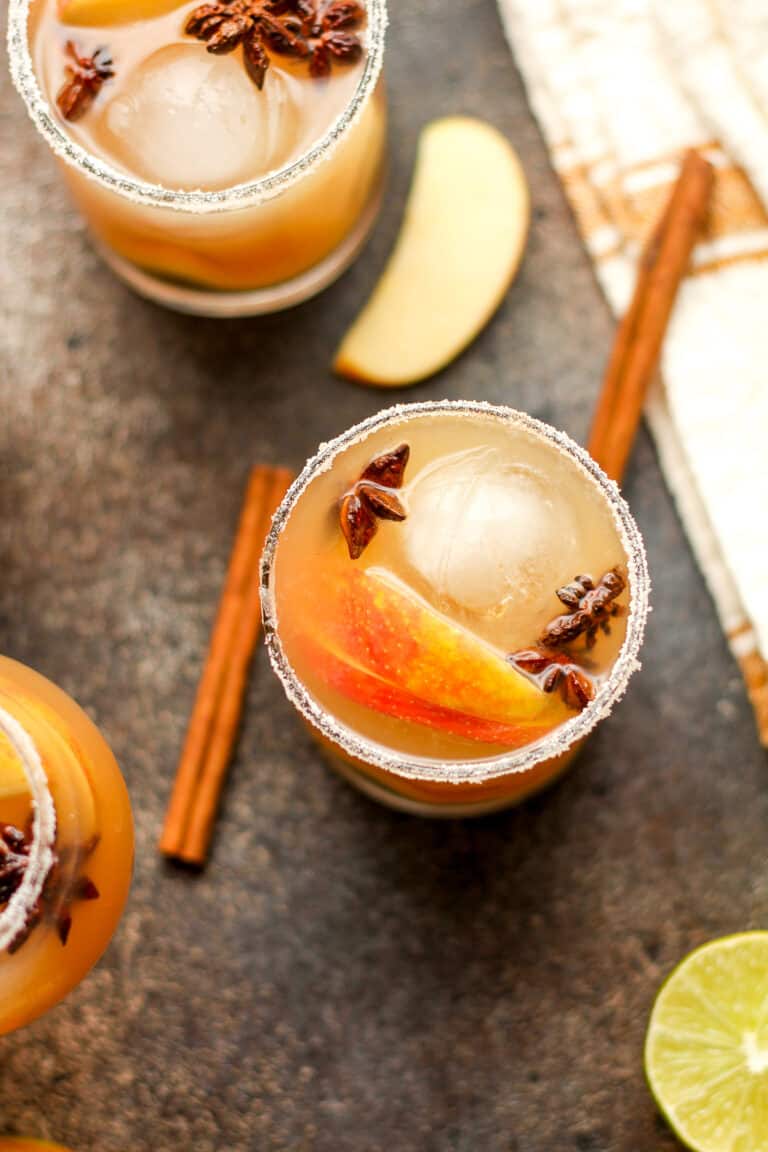 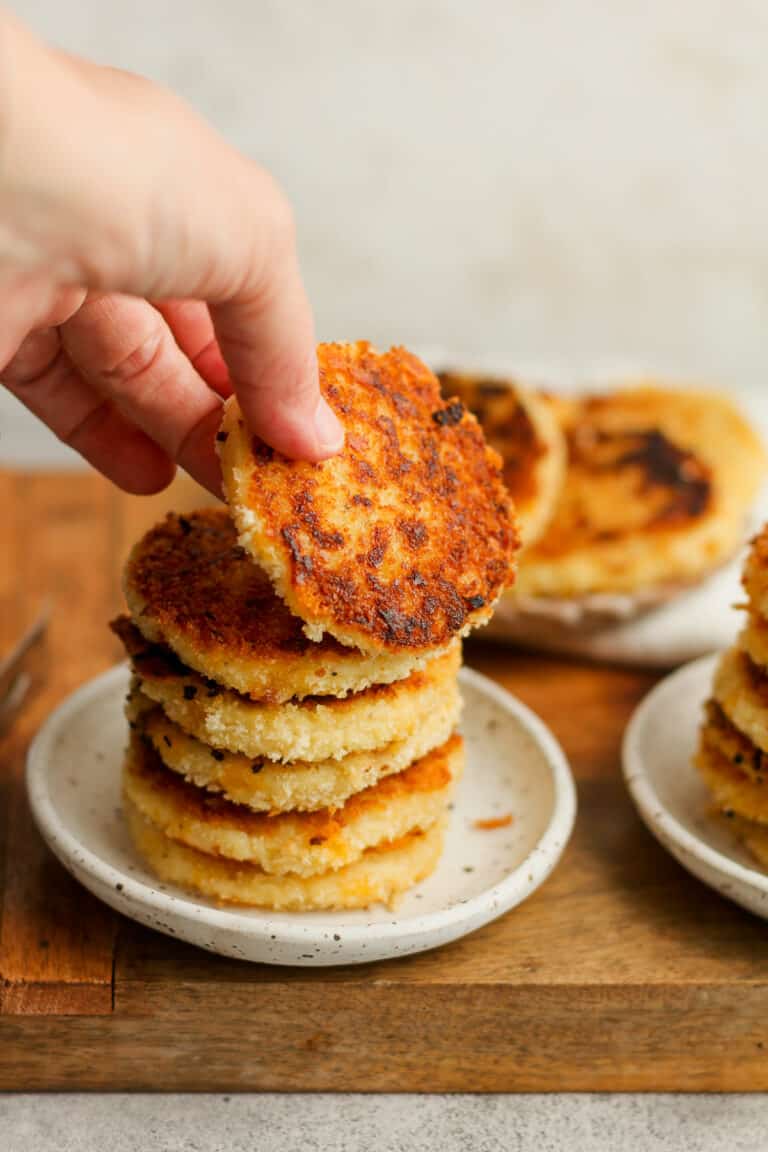 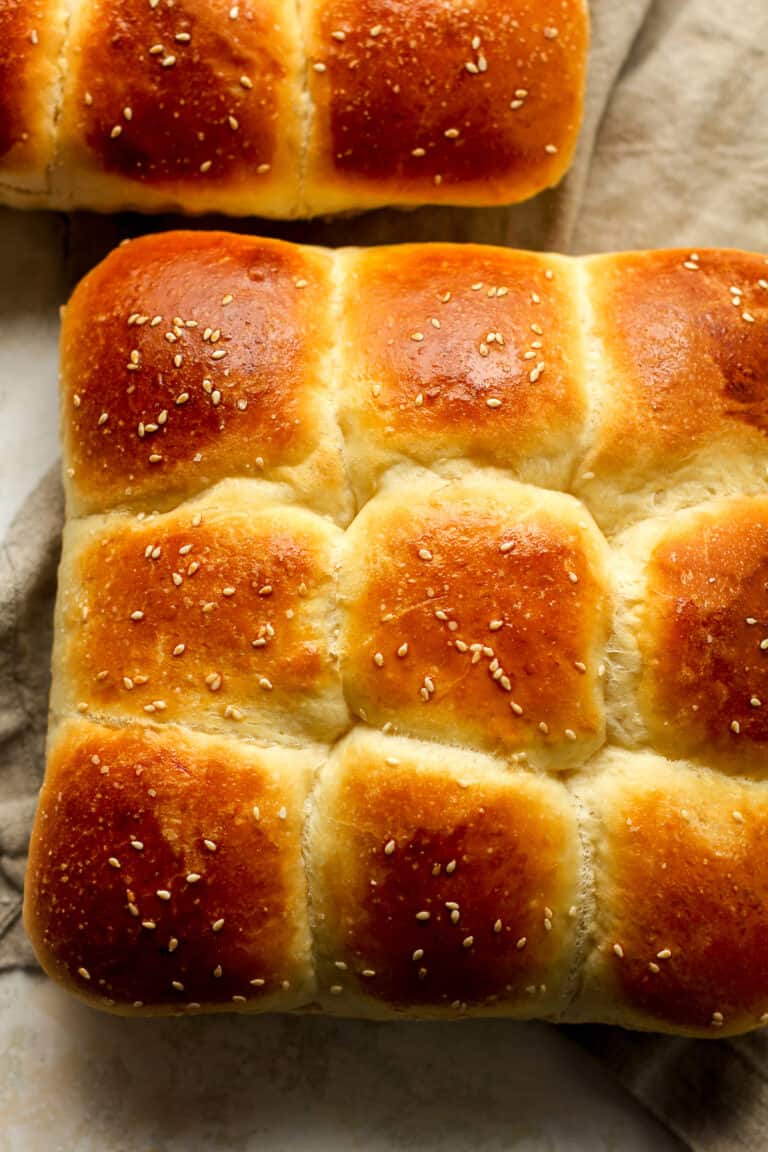 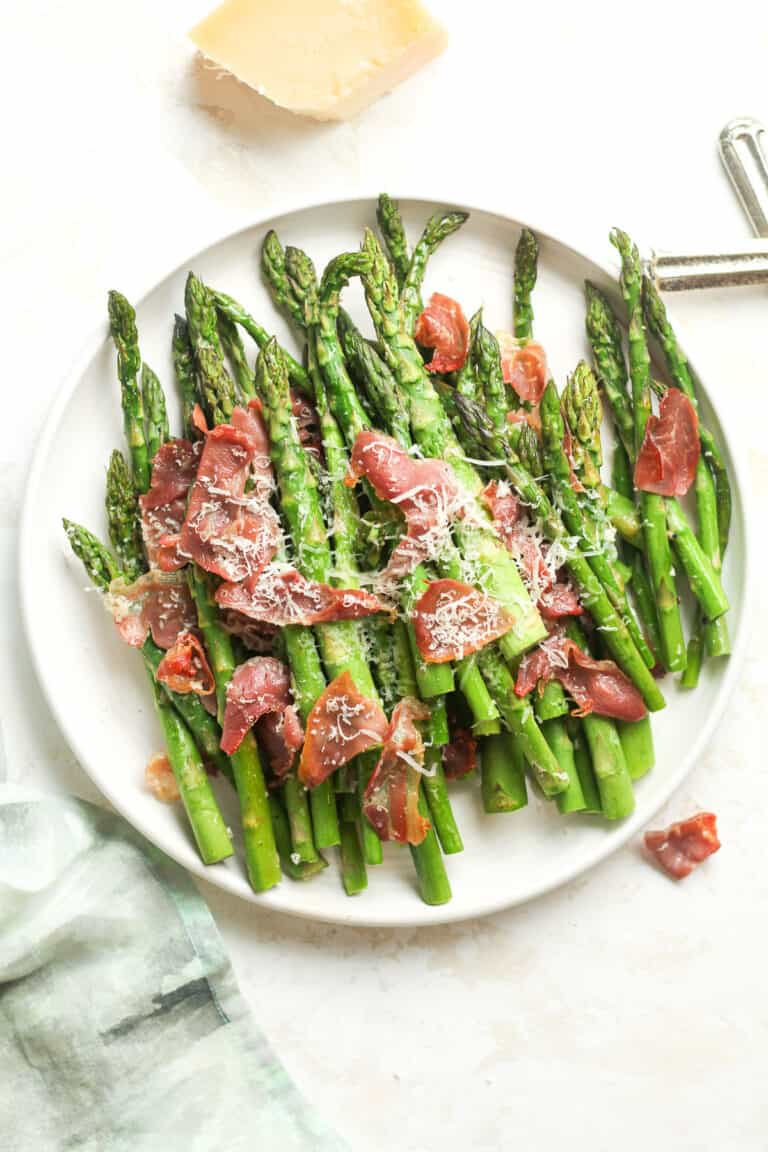