This post may contain affiliate links which won’t change your price but will share a commission.
Jump to Recipe 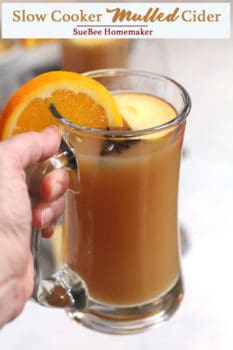 Try this Slow Cooker Mulled Cider for the EASIEST large batch drink recipe you’ll ever need. A perfect mug of cozy for chilly days and nights, AND an awesome holiday drink. So delicious! 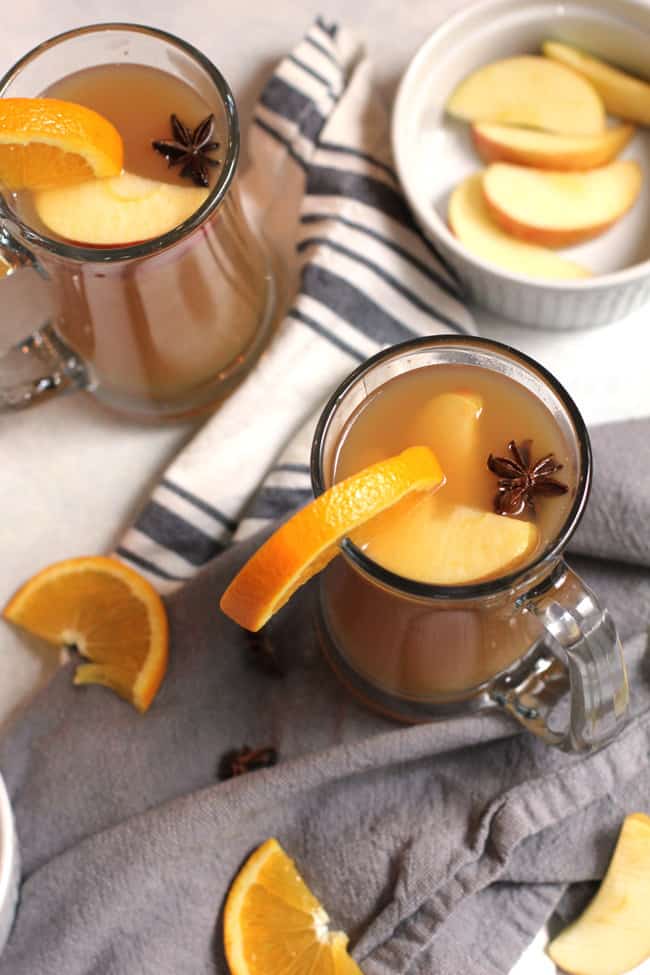 Growing up in the Midwest meant that fall was not only cool days and beautiful colors, but it meant APPLE ORCHARDS. We spent many a free weekend day at the orchards, picking apples and eating them right off of the trees, until we were practically sick to our stomachs. Apples were fairly cheap back in the day, and so Mom loaded up and got right to work making pies, sauces, jams, and everything apple. We often sipped cider at the orchards, and there really was nothing better.

So many wonderful memories of apple picking. It wasn’t until Mom and Dad were empty nesters that their own apple tree started bearing fruit. 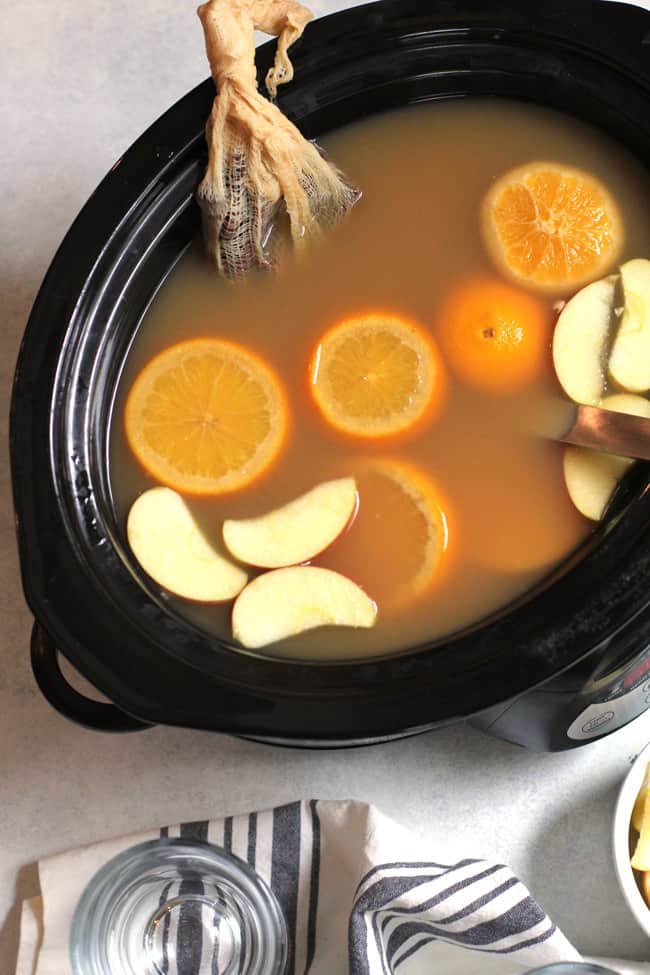 This cider was served at our Thanksgiving with my husband’s side of the family, and then I made it again recently for our youngest and his friends (when they kicked me out of my kitchen so they could play Dungeons and Dragons). 😀

There are MANY reasons why this mulled cider is a sure win for a group. 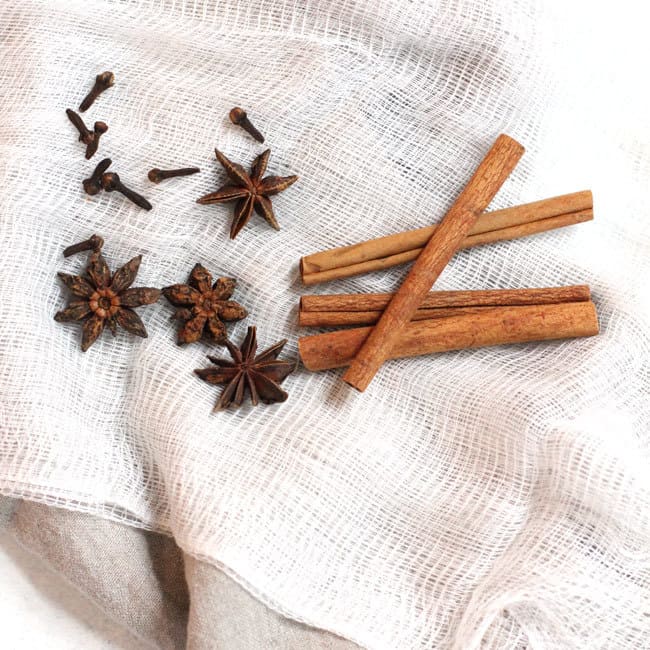 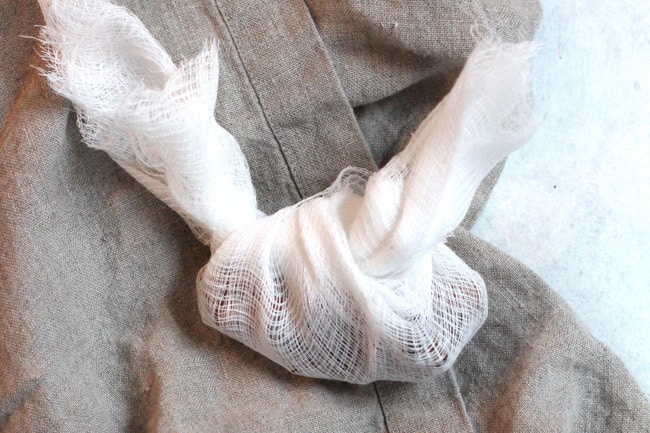 How do you make Slow Cooker Mulled Cider? 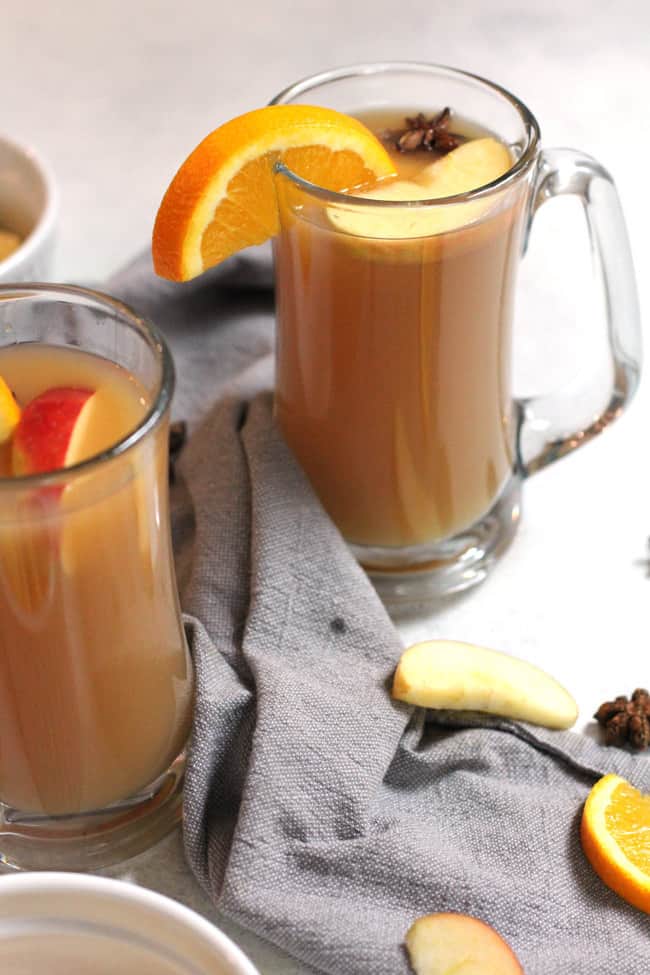 Well, is there a difference? YES! Fresh apple cider is actually raw apple juice that has not undergone a filtration process to remove coarse particles of pulp or sediment. Apple juice is juice that has been filtered to remove solids. It is also pasteurized so that it will stay fresh longer.

Using apple cider is a must for this mulled cider recipe. You can tell the difference visually because cider is cloudy, while juice is more clear in color.

How do you make Mulled Cider into a cocktail?

I never thought you’d ask! You can definitely make this boozy, by adding either spiced rum or brandy. We like the spiced rum, but the choice is yours. 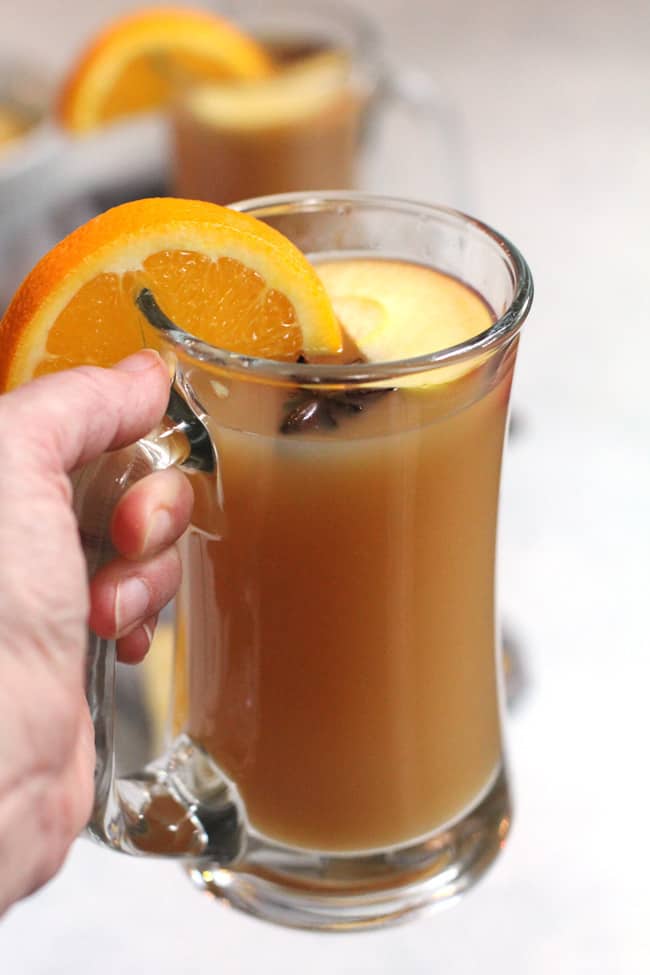 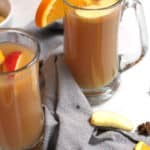 {NEW!} Roasted Carrot Soup is a simple, healthy so