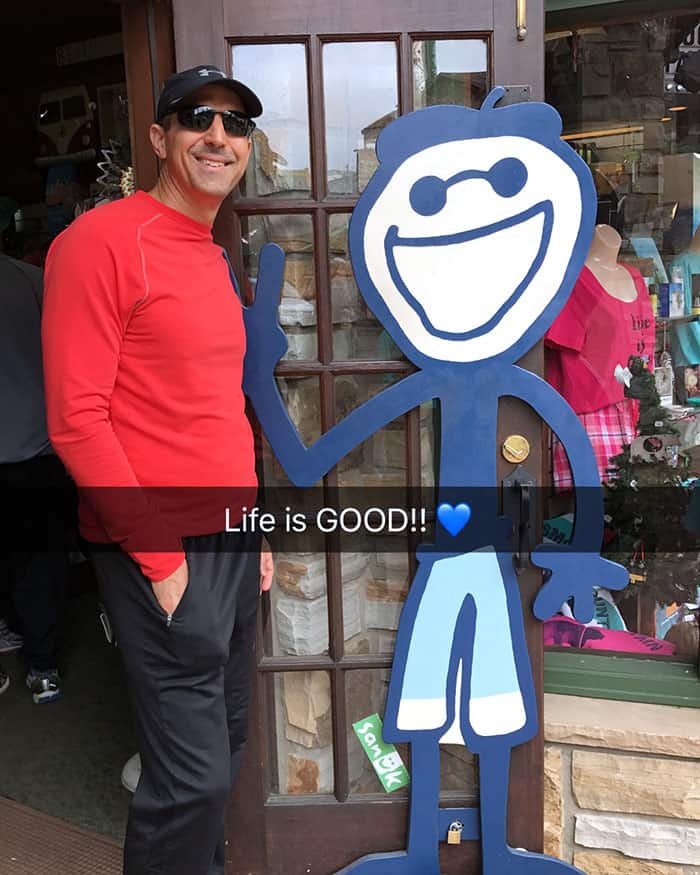 There are a few days in life that we hang on to. Our birthdays, anniversaries, the day we moved, the day we were promoted, the day a loved one died, the day we got hurt or sick. The happy days, the sad ones, and everything in between.

We were into the holiday season, and I was busy busy planning, decorating, and taking care of our household. Mike had just been to the Cooper Clinic, an annual physical that Mary Kay encourages their management to complete. This physical was different. He had chosen the tests he wanted to be done, and also selected a sigmoidoscopy, the minimally invasive medical examination of the large intestine from the rectum, through the last part of the colon. It was a test that most 40 year olds skip, but Mike chose it. Surprisingly, the results indicated a large polyp was present and he was told to get a colonoscopy STAT.

Mike scheduled his first-ever colonoscopy for the following Friday and I took him down to Dallas for the procedure. Afterwards, the doc came to talk to us and described the polyp (pictures and all), and said he was concerned but it could easily be benign. He said he would be calling soon with the results from the lab. We went home concerned as well, but hopeful.

December 11, 2007, was a school day, and the boys (11 and 8) had finished their homework and we were playing a game of Blokus on the living room floor. (I remember EVERYthing about that day.) My cell phone rang and it was Mike. I picked it up and could immediately tell something was off, so I stepped away from the game. He blurted out, “It’s cancer.” He was crying and told me he was scared. I was absolutely terrified. Numb, in fact.

That word. Cancer. It’s a word that you never think you’ll hear.

After a whirlwind couple of weeks of doctor appointments and scans, we set a surgery date, which was December 26, the day after Christmas. Our plans were to stay in Texas for Christmas instead of traveling to Iowa, but that plan quickly changed when we received news that Mike’s mom was also just diagnosed, but with pancreatic cancer.

Two members of the same family being diagnosed with cancer within a couple of weeks of one another. Mother and son both fighting for their lives.

I’ll never forget that time in our lives. The panic. The fear of the unknown. The anxiety over whether or not our boys would have a dad to raise them. The uncertainty of how a stay-at-home mom could possibly manage to provide if the worst happened.

Do you know what got us through that time?

For Mike, it was a combination of everything. Prayer, trust in his doctors, and family support. For me, it was prayer. My favorite verse was implanted in my brain whenever the fear set in. I would stop whatever I was doing several times a day and say it over and over again. I would even shout it out on my bicycle rides.

“Trust in the Lord with all your heart, lean not on your own understanding. In all your ways acknowledge Him, and He will make your paths straight.”  ~ Proverbs 3:5

Sadly, Mike’s mom lost her battle to cancer just a year after her diagnosis. She’s been with the Lord for nine years now.

Mike is doing well. After three surgeries (two on his colon and one on his liver), an experimental chemo for his rare type of cancer, and numerous tests and scans, he is still in remission. We love his oncologist, Dr. Koover of Baylor Plano, and he is definitely on top of his case like a tiger. Mike has experienced occasional spikes in his markers but there is no evidence of cancer.

Dr. Koover has started to let up slightly on Mike’s testing schedule. I don’t join him for all of his appointments anymore, but recently met him to get his results from an MRI. I’m always taken aback when I walk into Texas Oncology. So many patients waiting to be seen – some in wheelchairs, many without hair, some by themselves, others with family and friends. All of them fighting a battle that I don’t fully understand.

After Dr. Koover shared Mike’s last results (clean!) and catching up on the boys and Mike’s Fantasy Football Team, he took our hands and prayed over Mike. He began by thanking the Lord for keeping him healthy, and ended by asking for His continued blessings for our family. I was so humbled by his words and his prayers. This was the first time I’d ever experienced a doctor taking time to pray with and for us.

How blessed are we to not only receive great news for Mike, but to join our doctor in prayer. It was an experience I’ll never forget. 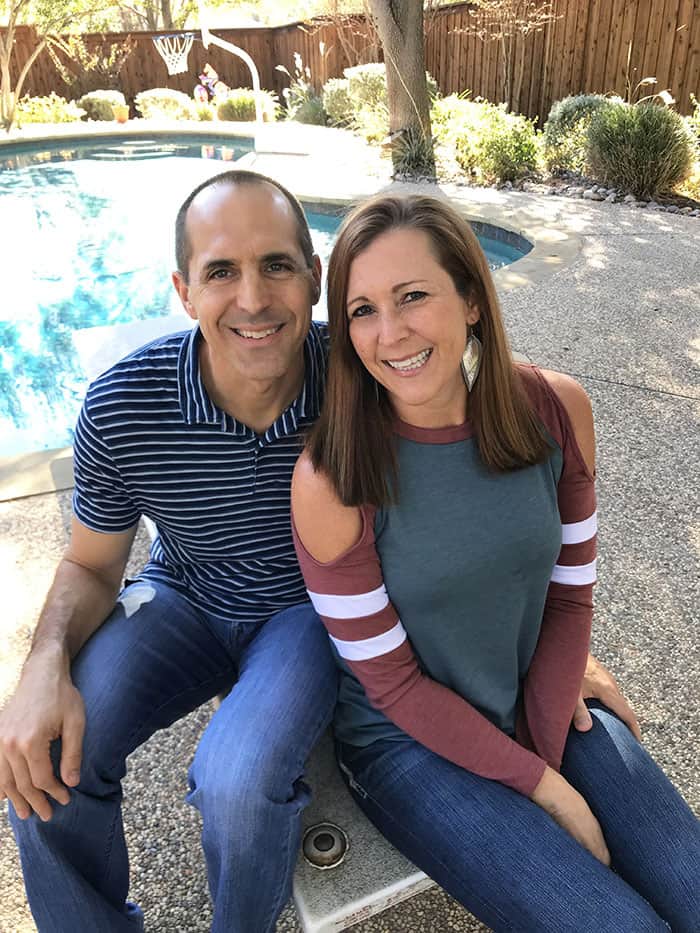 When I think back to the first year or two of our journey with cancer, I remember the rollercoaster ride most. The months after a clean report were smooth sailing, feelings of gratefulness and hope. The weeks before testing were a blur of emotions, an overwhelming sense of dread, and fear of the unknown. Over and over again – we rode the crazy ride that never seemed to really end.

Communication was more of an issue then, before group texting and on-line portals were available. Calling parents and emailing friends were our methods to inform our loved ones. Since Mike’s type of cancer is rare, the results of testing took days that felt more like months. Every phone call startled me. Every bad symptom day concerned me.

Two years after his initial diagnosis, a new spot appeared on Mike’s liver. We had a serious talk about the possibility of him not being here to raise the boys. We cried and we cried, and we begged the Lord for more time. My mind wouldn’t stop. How would I teach my boys how to be men? How would I be both a mother AND a father to them? How would I provide for them?

Over the years, we’ve had our share of highs and lows. Things are calmer, but I still have to catch my breath after every round of tests and results.

Here we are. Ten years after Mike’s initial diagnosis. Josh is a junior in college and Zach is a senior in high school. They are “almost” fully raised and there is no evidence of cancer.

Mike is feeling better than ever. About four years ago, his Cooper Clinic appointment resulted in new doctors orders. Instead of instructions to get a colonoscopy, he was told to lose 30 pounds. So that’s what he did, plus another 10.

His new love of roasted vegetables, quinoa, and steel cut oats – along with a vigorous exercise schedule – has paved the way to a new physique and energy level. I’m quite certain that he’s researched every fruit, vegetable, and grain to learn about the healthiest foods to eat. Luckily for me, his sweet tooth hasn’t gone away because ummmm, cookies!

Running is Mike’s newest passion, right above spin class. He’s putting in more miles, buying more running shoes, and researching the latest technology in Garmin watches. One might think he’s preparing for another marathon. Or something.

Thank you Lord. Please give us more time. 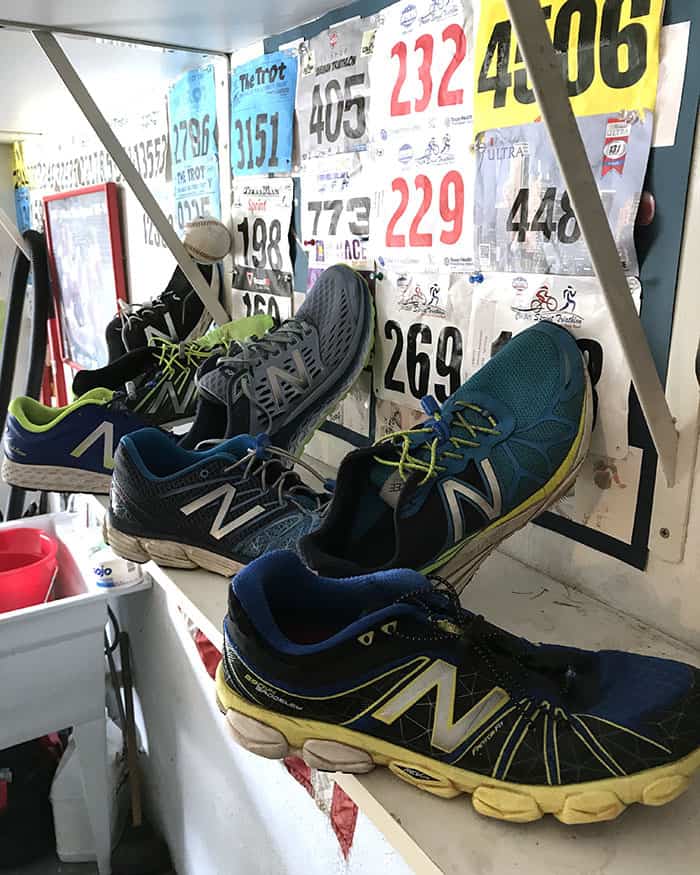 Orange Julius Smoothies are refreshing and full of